Paris, 20th July 2022 – Primonial REIM France today announced it is beginning the restructuring of the Adria Tower, built in 2001 in the immediate vicinity of the Esplanade at La Défense and of the urban transportation hub. This major redevelopment project, which will be delivered in 2024, will create the HOPEN Tower.

Historically leased to TechnipFMC, the Adria Tower was acquired in 2013 as part of an institutional investor club deal managed by Primonial REIM France. Following the announcement from the tenant, TechnipFMC, of its departure which took effect in July 2021, Primonial REIM France proposed to the fund's partners to entirely redevelop this tower, now renamed HOPEN Tower, with the aim of turning it an emblematic tower of La Défense, a symbol of the reinvention of the business district, useful to all the players of the area. 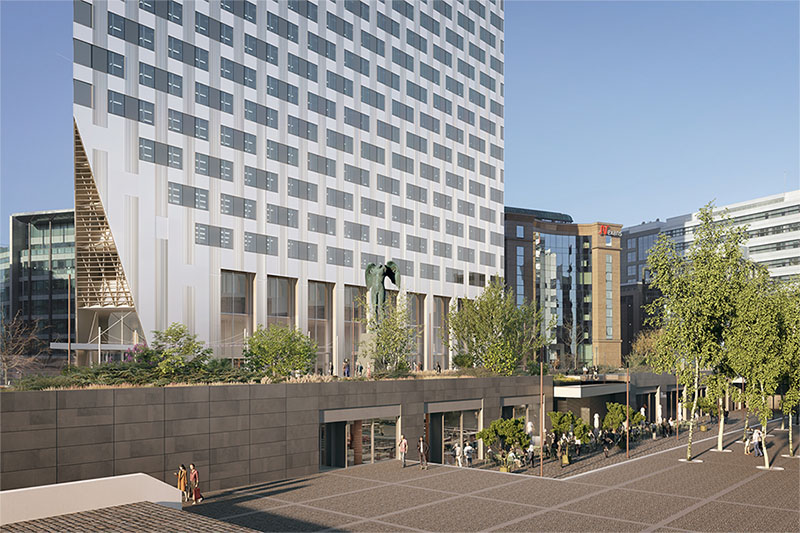 The HOPEN Tower will be raised by three floors, thereby developing a surface area of 65,000m2, including 58,000m2 of office space. The objective of this restructuring project is to offer future users a mixed-use building that meets the highest international standards, while opening up new living spaces for the residents of the La Défense district at the foot and at the top of the Tower.

The interior cleaning of the Tower has already been completed, and the cleaning of the façade was initiated in June. All the work has therefore begun, and the HOPEN Tower will be delivered in the summer of 2024.

Grégory Frapet, Chairman of the Management Board of Primonial REIM France, stated: "With this restructuring, we clearly wish to commit to developing a sustainable tertiary project, a new and unique place of life, deeply rooted in the Paris La Défense area and useful to everyone beyond office hours. This ambitious urban project will give rise to a new type of mixed-use tower in 2024, at the service of all the players of the area, and it will play a major role in creating future value for all stakeholders. The HOPEN Tower carries and perfectly illustrates our strong convictions within office real estate and, in particular, the revitalization of the Paris La Défense district.”

An iconic tower transformed, with a mixed-use program to benefit everyone 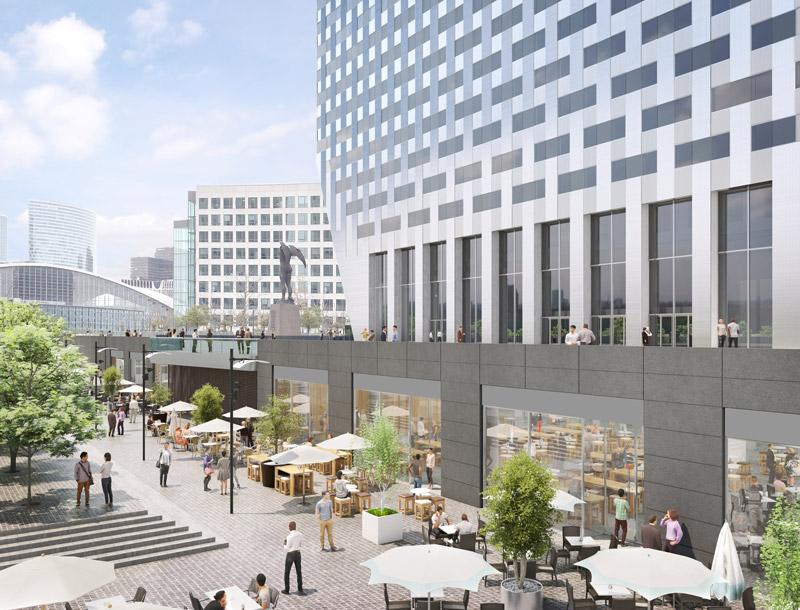 With this restructuring operation, Primonial REIM France aims to create new links between workers and residents of La Défense, in order to make the HOPEN Tower a symbol of the reinvention of the business district. HOPEN will feature a mixed-use plan of offices and living spaces: 58,000 m2 of office space accompanied by a gym and a wellness area; 2 large panoramic terraces with views of La Défense and the West of Paris; 23 hanging gardens; services including 2 restaurants dedicated to company employees; an auditorium; meeting centers; coworking spaces; food courts and cafes; 5,200 m2 of spaces open to the general public, including 1,400 m2 dedicated to associations, culture and leisure, and 2,350 m2 of spaces which are wholly reversible according to the future needs of the building’s users.

A socially innovative project which meets the highest environmental standards

The renewal of the HOPEN Tower demonstrates that it is possible to reinvent the city on top of the existing city, and to rethink spaces without destroying them.

A symbol of urban sobriety, HOPEN was designed from the outset to reconcile social and ecological responsibility. Its spaces have also been designed to be reversible and to allow for a plurality of services to flourish. Open well beyond office hours, the HOPEN Tower will be a place of exchange, life and diversity for companies and their employees, as well as for associations, local residents and all local and regional stakeholders.

Indeed, the HOPEN Tower will host national and local associations. This location, the only one of its kind in Paris La Défense, will help raise awareness and provide information to visitors and employees wishing to get involved in one-off or regular solidarity initiatives. Each of the Tower's businesses or services are invited to offer micro-donation sercices to users, thanks to Arrondi Solidaire. HOPEN will also offer to all its users a point of advice dedicated to active mobility.

Furthermore, the HOPEN project is part of a serious environmental program and fully meets the ambition of Paris La Défense to become the first zero-carbon business district. In concrete terms, the HOPEN Tower contributes to this project with, among other things, the implementation of policies for the reuse of materials, the recovery of waste and the implementation of a zero-plastic policy.

The HOPEN Tower aims to obtain the HQE and BREEAM Excellent environmental certifications, as well as the Well Gold, Well HSR and Ready to Osmoz labels. It will also be the first business tower to appoint a "CSR manager" who will ensure that the sustainable development objectives, set annually, are indeed met.

Primonial REIM France is accompanied by the architecture firm Ateliers 2/3/4 and Orfeo Développement as delegated project managers, by Cale Street Partners for financing and by EIFFAGE CONSTRUCTION GRANDS PROJETS as general contractor, as well as by JLL and BNP Paribas Real Estate for the rental marketing of the building and BETC PLACES for program innovation and communication.

More information on the project is available here. 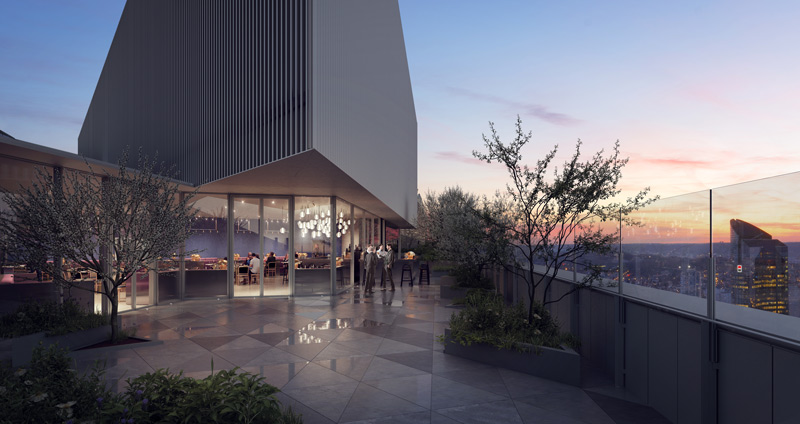 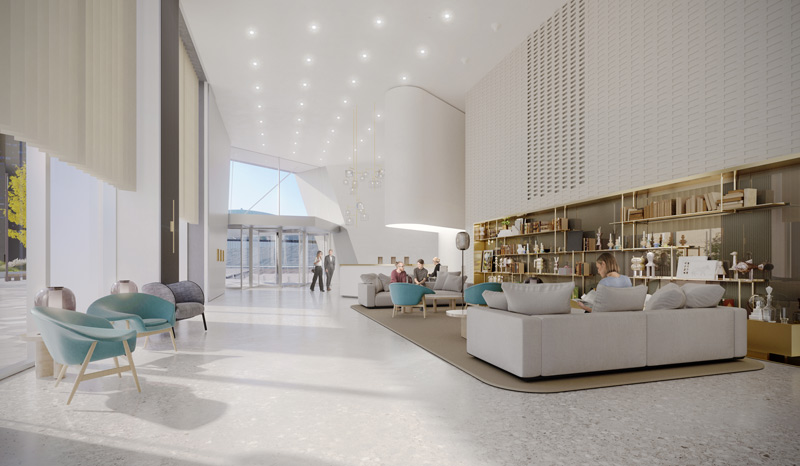 The reception area on the first floor of the HOPEN Tower 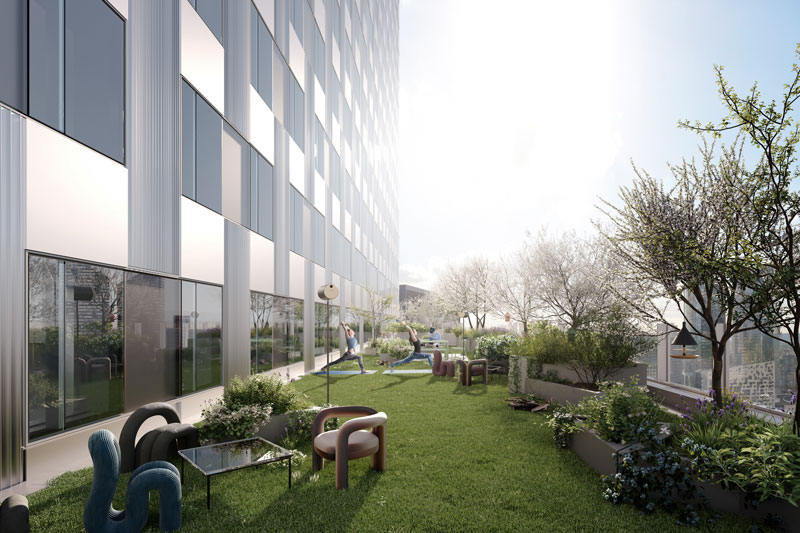 The terrace located on the 26th floor of the HOPEN Tower 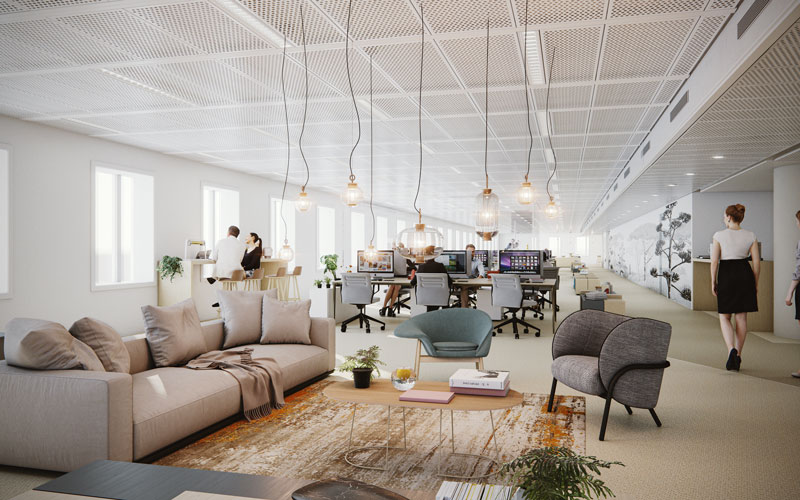 The offices located on the 21st floor of the HOPEN Tower 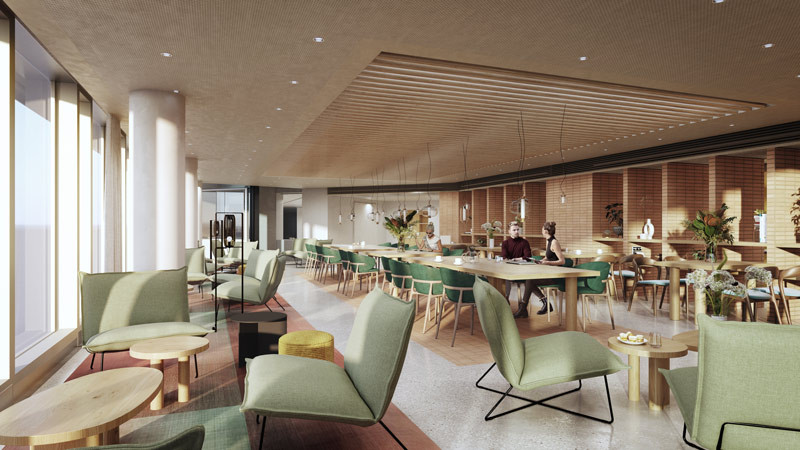 The staff restaurant on the 23rd floor of the HOPEN Tower 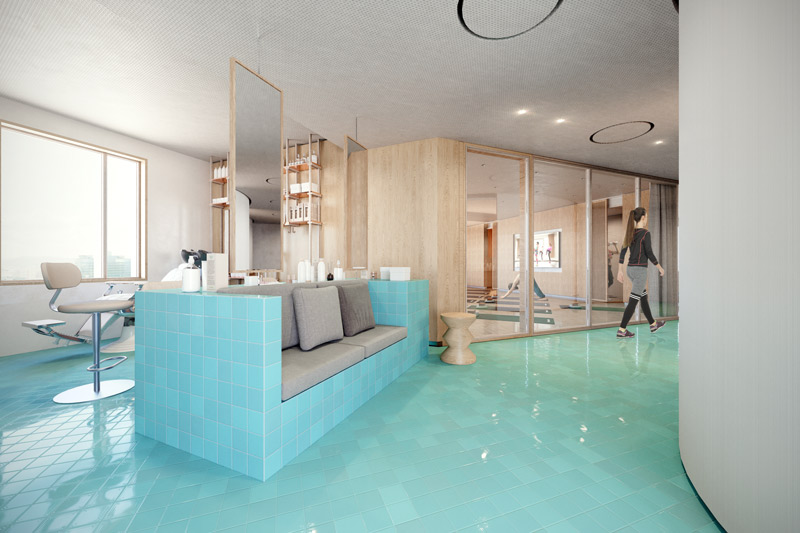 Primonial REIM brings together more than 400 employees in France, Germany, Luxembourg, Italy, Singapore, and the United Kingdom and applies its core values of conviction and commitment, as well as its expertise on a European scale, to design and manage real estate funds for its national and international clients, whether individual or institutional.

Primonial REIM has over €32 billion in assets under management. Its allocation breaks down into 47% offices, 31% healthcare / education, 8% retail, 9% residential and 5% hotels. The pan-European platform manages 61 funds and brings together more than 80,000 investor clients, of which 54% are individuals and 46% institutional. Its real estate portfolio is made up of more than 1,400 buildings (offices, healthcare / education, retail, residential, hotels) located in ten European countries. 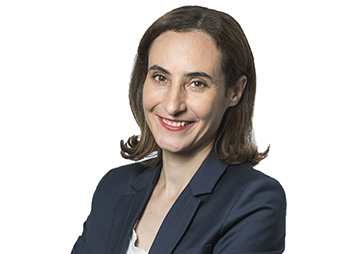 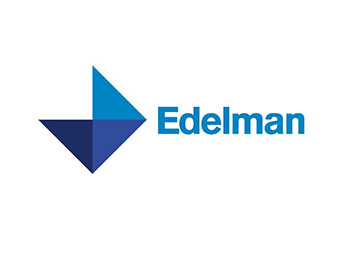 Call for nominations to the Supervisory Board - January 2023 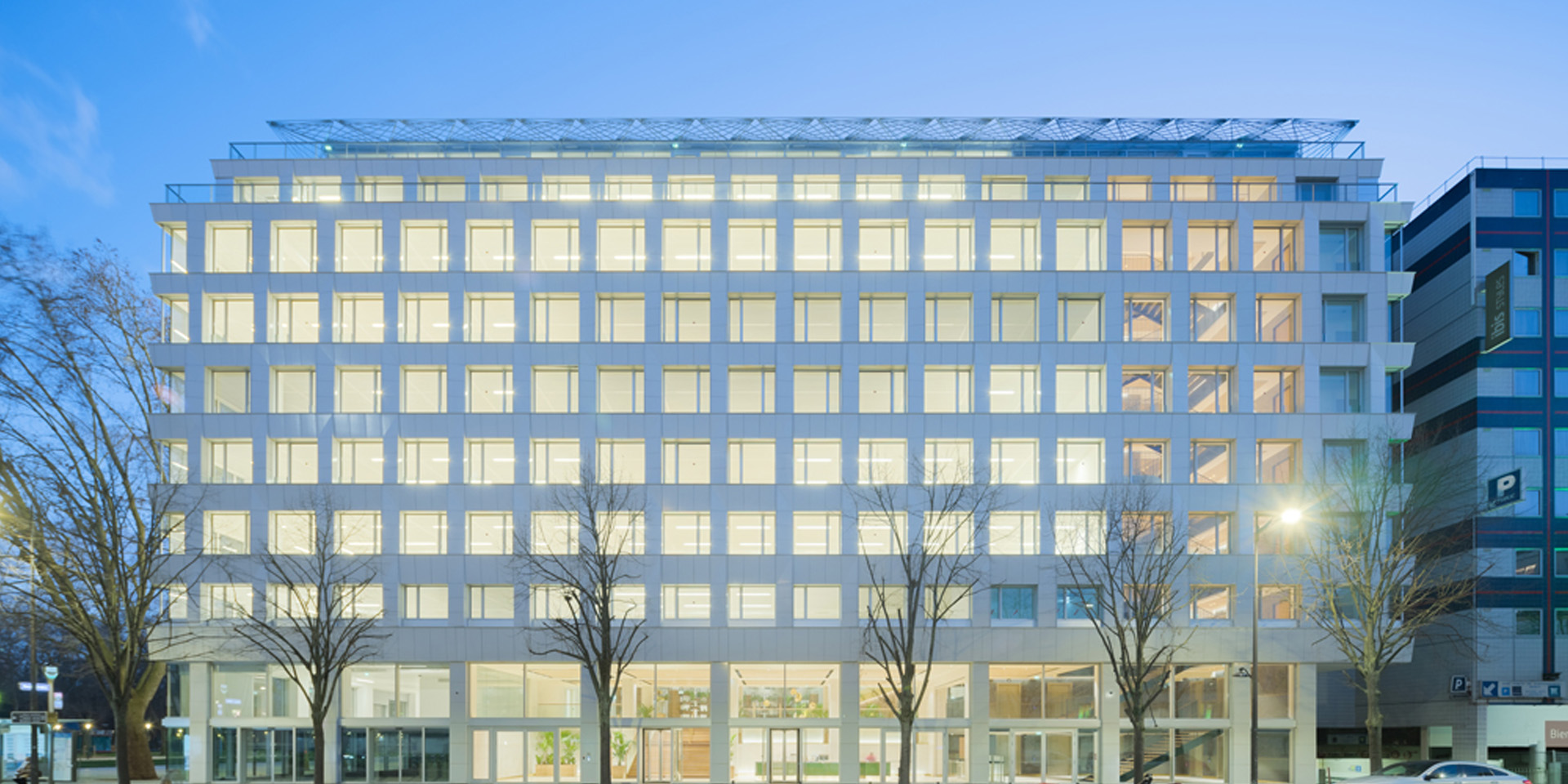 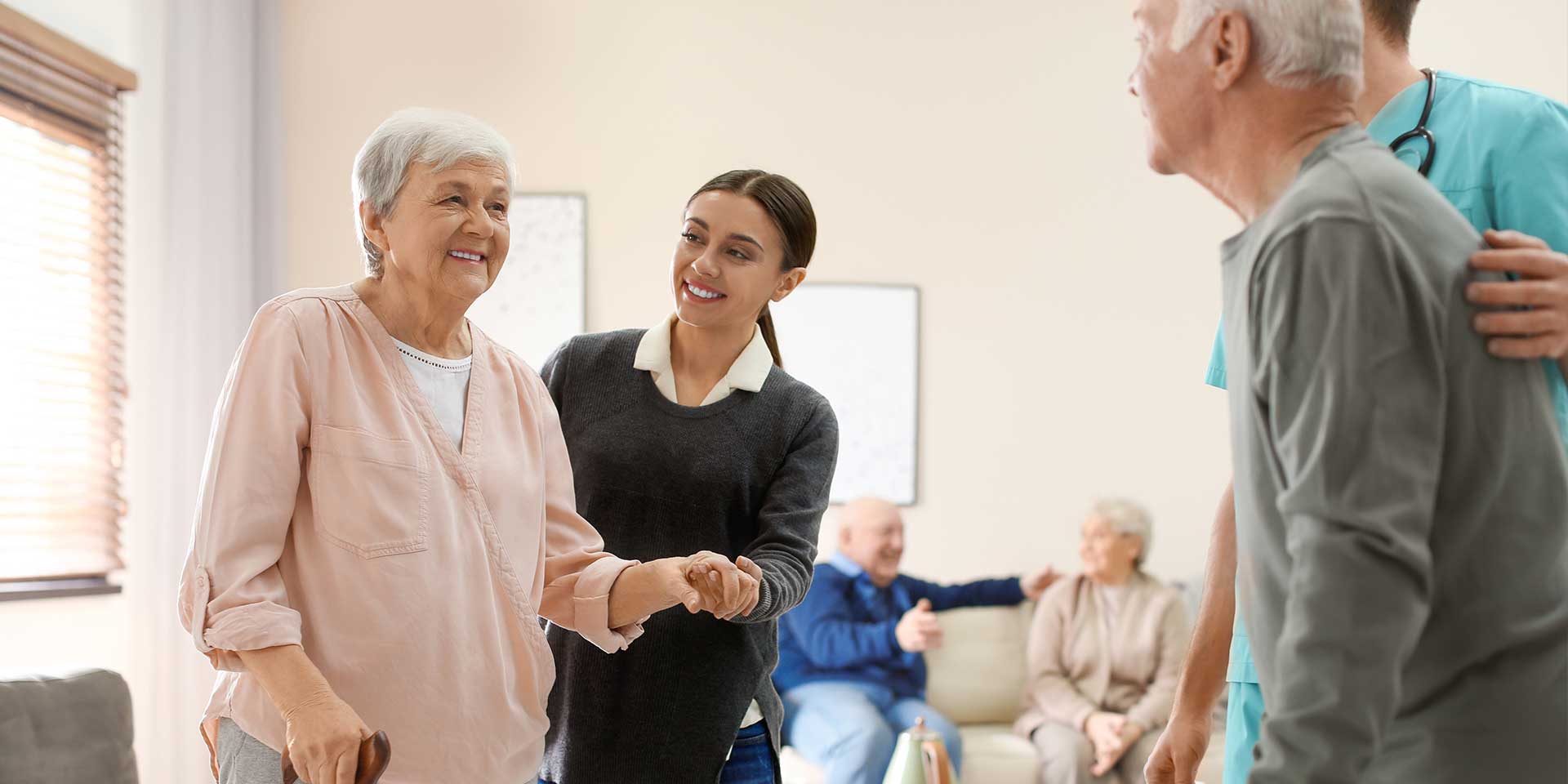