Are SCPI less exposed to risk in times of crisis than financial assets?

The Covid-19 epidemic will slow down economic activity and for the moment it is impossible to say exactly to what extent.

In this context, households are looking for investment solutions which involve only moderate risks. Considering the diversity of their propositions in terms of business and geographical sectors, can SCPI position themselves amongst the most resilient placements in times of crisis?

SCPI in times of crisis

The public health crisis which has affected France between March and May 2020 will clearly leave its mark on large swathes of the economy. However, the measures taken by the government to support households and professionals should limit some of the impact. On one hand, the support measures such as partial unemployment benefits, financial aid for the self-employed and small businesses, state-secured loans and a moratorium on national insurance contributions should keep the social impact under control. On the other hand, the recovery plans for the most affected business sectors (tourism, catering, culture, etc.) and the reopening of most consumer businesses in early June should also aid recovery. According to Insee data, the French economy was already running at 80% of its capacities two weeks after de-confining, as opposed to 63% during the confinement. According to the Institute, the shortfall in economic activity in 2020 should be no more than 14% compared to normal business.

In times of crisis, property assets always stand up better than financial assets; buildings are much less volatile than stock exchange values. Remember that during the 2008 sub-primes crisis, the Paris stock exchange reference index, the CAC 40, registered a record low of 42.68%. At the same time, the French property market, all sectors combined, had fallen by 10% (- 3% in 2008 and - 7% in 2009), and the average SCPI share price had fallen by only 5.83%. In addition to this, the property market recovered as early as 2010 and, excluding a minor dip in 2011-2012, has continued to grow over the last 10 years.

Property is a defensive and long-term value; it can be reassuring in times of crisis. The most recent example of this could be seen with the terrorist attacks in France since 2010, owner and investor preference for buildings did not falter, and the property sector remained very dynamic. This trend has been confirmed by the French association of property investment companies (Aspim) According to Aspim SCPI have dealt with the public health crisis under good conditions: their fund collections remained robust during the first quarter of 2020 and there have been no major investor withdrawal movements in March and April.

SCPI: certain sectors are more resilient than others

SCPI specialised in the tourism or hotel sectors risk being weakened by the Covid-19 crisis due to the economic crisis’ evident impact on these sectors. However, the SCPI that invest in office, healthcare or residential property will stand up better to the crisis. Those that invest in the most sought after property sectors, with quality locations and properties, will potentially see their values increase over the medium and long-term. Another factor that favours return paying SCPI is that the office property market is quite tense in the larger metropolitan areas and the vacancy rate is at its lowest, which are both good indicators that there will be no market shift. 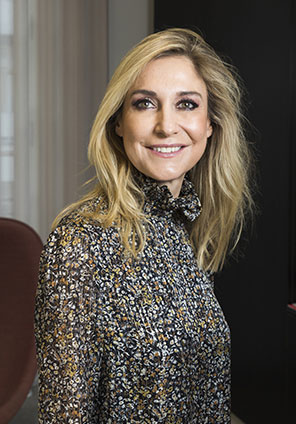 Before the Covid-19 crisis, the vacancy rate for commercial property was 3% for the centre of Paris. These conditions explain the high degree of resistance currently observed. Compared to where it was during the 2008 crisis, the risk premium for property is much stronger this time and operates like an effective buffer. So the situation is completely different to what we went through then.

Primonial REIM's customer service is at your service for any subscription or information request.