Is real estate a safe haven?

Since December 2019, the world has been grappling with a vast and unexpected event: the Covid-19 virus.

The epidemic began in the city of Wuhan in China and has since spread, infecting people in over 120 countries. Based on the information available at 12 March 2020, we can make the following observations. The main sources of the virus are China (70% of cases), Italy, Iran, South Korea, Spain, France, Germany and the USA. This is a new disease, so little is known about how serious it is: its actual mortality rate, the number and age of those who may potentially be affected, how well the virus will hold up against the summer heat, etc. The characteristics of this virus make it particularly difficult to quantify because of the large number of carriers who show no symptoms.

The countries affected have introduced various precautionary measures: populations have been confined, airports, schools and universities shut, events cancelled, bans placed on travel, road and rail transport suspended, borders closed, etc. The aim of such measures is to slow the spread of the
virus and thus buy enough time to prepare a treatment, while at the same time “smoothing out” the impact on the health system’s available capacity.

Over the months ahead, governments will focus on preventing the health crisis from triggering an economic and financial crisis.

How will this affect the real estate markets and Primonial REIM's property portfolio? 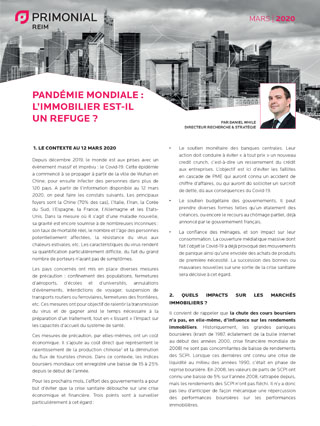 The post-covid office in Europe: Disruption or acceleration?

Companies have scaled up partial or total remote-working practises and, in reaction, employers have taken another look at their real-estate policies, and employees at their lifestyles. 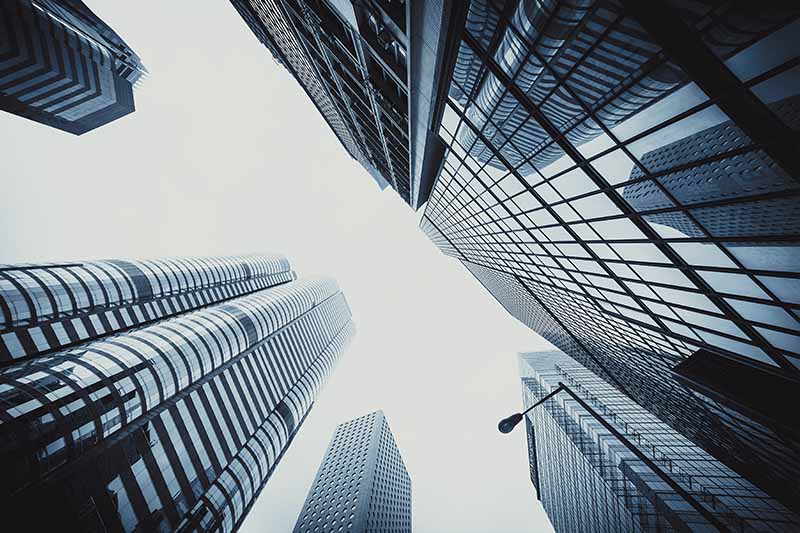 week 4th au 8th may 2020. The main European countries have announced their reopening dates and procedures. What does the dashboard look like for real-estate investors ?

Read the note
You have seen 5 articles out of 3
CONTENU MODAL newsletter https://www.primonialreim.fr